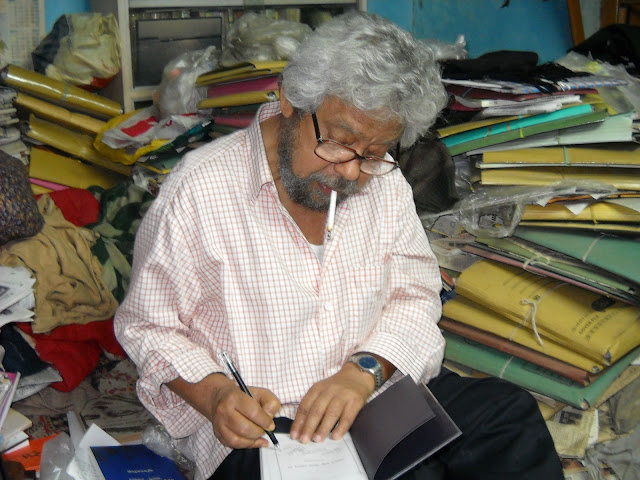 As James Joyce is ‘the writer’s writer’, Subimal Misra is ‘the writers’ writers’ writer’. Writing since late 1967, he has hitherto remained inevitably unknown, as an off-the-beaten-track author like him should mandatorily be, in his own native land , as well as among Bengali-language readers in his mother-tongue speaking state . In the hitherto 44 year span of his writing-life, he has never ever allowed himself to print (despite being invited several times) even a single letter in any commercial periodical or any daily or journal of any establishment, always kept himself away from all sorts of media propaganda (like TV shows, Radio broadcastings etc.), felicitation meetings and award ceremonies (whether invited or not); and they have also remained wholesomely allergic to him, never risked to review any of his books throughout his entire life so far, nor do even dare to mention his name anywhere in their papers. He, the outcast, publishes and sells his own books, and never gives advertisements. As the immense magnitude of his ganglionic pen ranges from ‘samizdat’ via ‘tamizdat’ to ‘magnitizdat’, since ‘blue blouse’ through ‘aleatoric’ unto ‘degree zero’; he offers with effortless ease, a sojourn to cerebral literature. 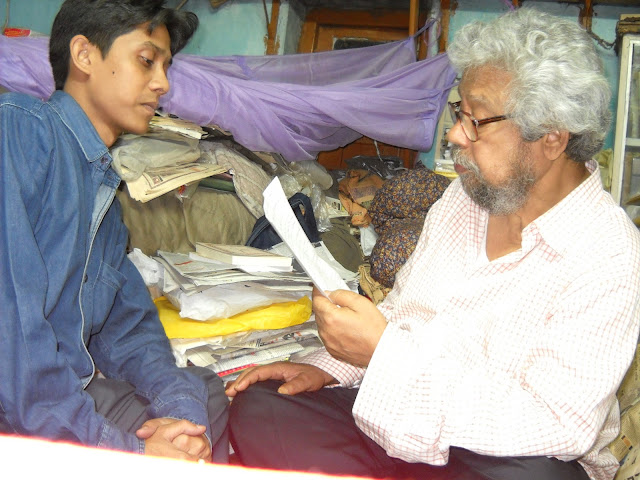 He says that he is afraid of success, because if it comes in contemporaniety, he feels that whatever he is writing is not that much novel or unforeseen. He claims that his books are in no way ‘commodities’, and never prints the word ‘price’ in his books. It is printed as ‘Binimoy’ (exchange) and after that the phrase ‘Or what you as a reader of Subimal Misra think it should be’. In his own wors : “I am entirely an author of and exclusively for the Bengali little magazines. In the most ordinary sense, the little magazine of the Bengali language (nearly 2200 in number) is, in parallel to the establishments, a literary flow that publishes the writings of the authors keeping in tact their liberty, honouring their individuality; all the off-the-beaten-track writings in Bengali language are published chiefly in little magazines. But the number of true little magazines (in the most imbued sense of the term) that have some distinguished characteristic values, has lately come to almost a cipher. Even here, my stand is a bit awkward; I am not a parallel writer of the establishments, not parallel, rather mine is a reactionarily counter one. I do want to write, have written, am writing such pieces, to publish which even the little magazines will shudder in awe, and the establishments will never ever dare to touch them.” 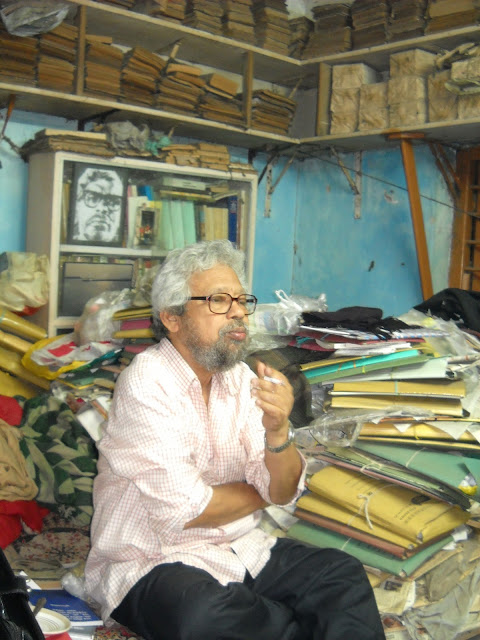 His works, written with rebellious narrative forms as well as an anachronistic jumble of labyrinthine style and anomie-imbued content --- all these being the substance of the writer’s vision, symbolize modern man’s anxiety-ridden and grotesque alienation in an indifferent and hostile world. In the history of 700 years of Bengali literature, he is the only author who has experimented the most with form and language. He, a self-proclaimed disciple of Jean-Luc Godard, has been the first to employ Eisenstein’s ‘montage-technique’, to implement the ‘film-language’ in the arena of the Bengali literature; as well as to use Burroughs’s ‘cut-method’ in the narrative mode. His effervescently inventive narrative forms and multitudinous diversity of scattergun techniques using collage, cut-out, fusion, montage etc. enmeshing the ‘avant-garde’ underpinnings of his texts exhibit the endless process of interchange between his ‘language of thinking’ and ‘language of writing’. The myth of narrative has been vehemently rejected by him as he hates the age-old tradition of story-telling. His works are never thematic and in several cases merely handy repositories where his self-criticism is overtly severe, as are his fecundity of language and almost superhuman erudition. Almost all of his texts are polyglot in nature as he frequently quotes Latin, German, French and English, and even Sanskrit, and never offers a translation. In fact, his every single text deals with heterogeneous themes, and is imbued with contemporary socio-political-economical messages, thus symbolically illuminating upon the bourgeois-proletariat class dialectics. His writings seem indecipherably chaotic to the unprepared readers, as the riddles of his language are prone to trap his readers in their respective subconscious matrices of thought. Here language becomes a tendency, a phenomenon to which his readers fall preys as he lures them to psycho-penetrate into his language’s indigenous absurdity. 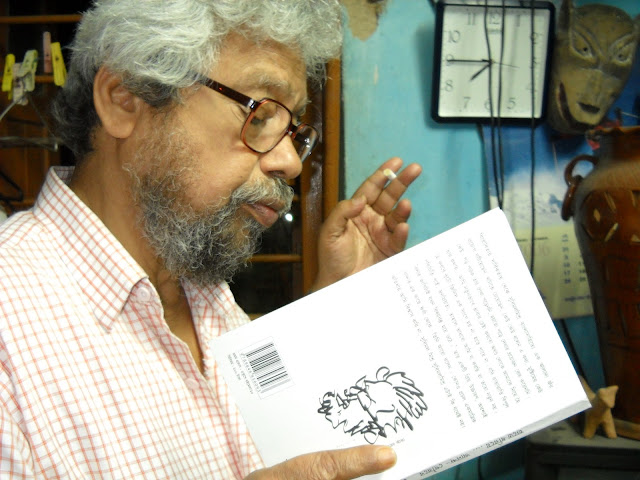 As he neither possesses nor knows computer, his encyclopaedic knowledge reflected in his writings speaks only of his voracious reading habit. He literally ‘lives together’ with books residing at a small 3-room apartment, 2 of which are loaded with nearly 15000 books, the other being his centenarian mother’s bedroom. Apart from Brecht and Sartre, he considers Proust, Dostoevsky, Kafka, Joyce and Borges his ‘soul’s companion’ for their cerebral fecundity. In every sense, he is the one and only anti-establishment author alive in the Bengali literature. With venomous language he attacks middle-class sentiment and rotten heaps of values. His every book is a cluster of polemics that exposes a race which is often guilty of being laden with a vain legacy of mythologizing mediocrity, underrating the true literary prodigies. Let us bruit this iconoclastic thinker, emblematic of post-post-modern times, who is his own adjective!
Posted by COPROLALOMANIAC at 1:33:00 pm